The air on Bay Street is starting to nip; the leaves in Queen’s Park are starting to crunch; and Halloween’s around the corner. If you’re itching for a fright, a nighttime delight, or just some good-old-fashioned exploring, take a tour of Toronto’s haunted spots. I’ve compiled a guide to the spookiest neighbourhoods in Hogtown, stretching from the Don Valley to the University of Toronto and from Queen Street to Bloor Street. Read on, and happy haunting!
Glen Road, Toronto Necropolis and the Don Jail
There’s a corner of creepy in downtown Toronto’s northeast. The abandoned houses of Glen Road, the Toronto Necropolis' slanting grave markers, and the imposing Don Jail are all within walking distance. Watch out for a creepy connection linking two of these scary sites!
Glen Road 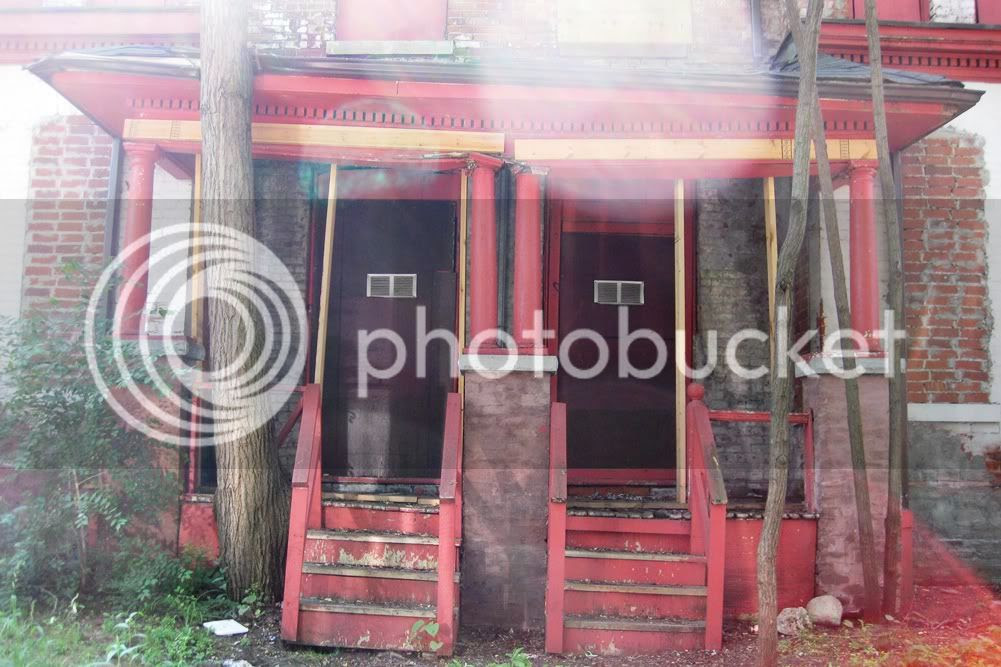 Glen Road is a strange sight indeed. Nestled beneath Bloor Street, it’s a busy thoroughfare connecting Sherbourne subway station to St. James Town. It takes a minute to pull your focus away from the commuters and to notice the comparatively stone-still Victorian houses.


It seems the properties were purchased by a developer in the 1980s, boarded and bricked up, and left to their current state of decay. According to this great article, efforts have been made to designate the homes as heritage structures.


While the process continues, the houses keep crumbling and the sadness of this street compounds. In the summer of 2001, a young basketball star was shot and killed, while generally seedy activities abound in the abandoned alleyways. 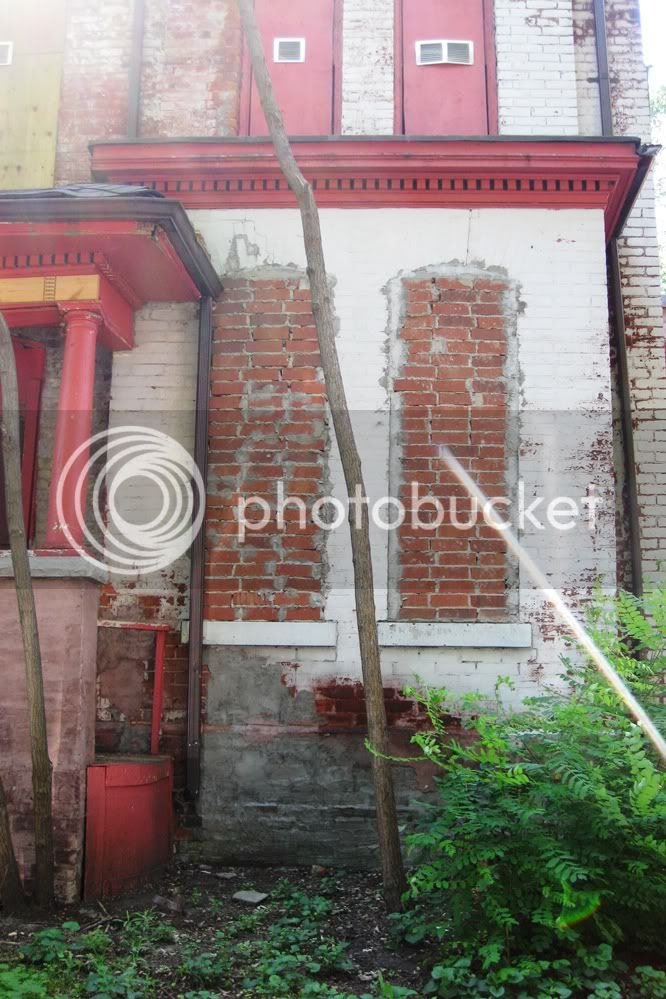 One wonders what lies beyond the bricked windows and boarded doorways... 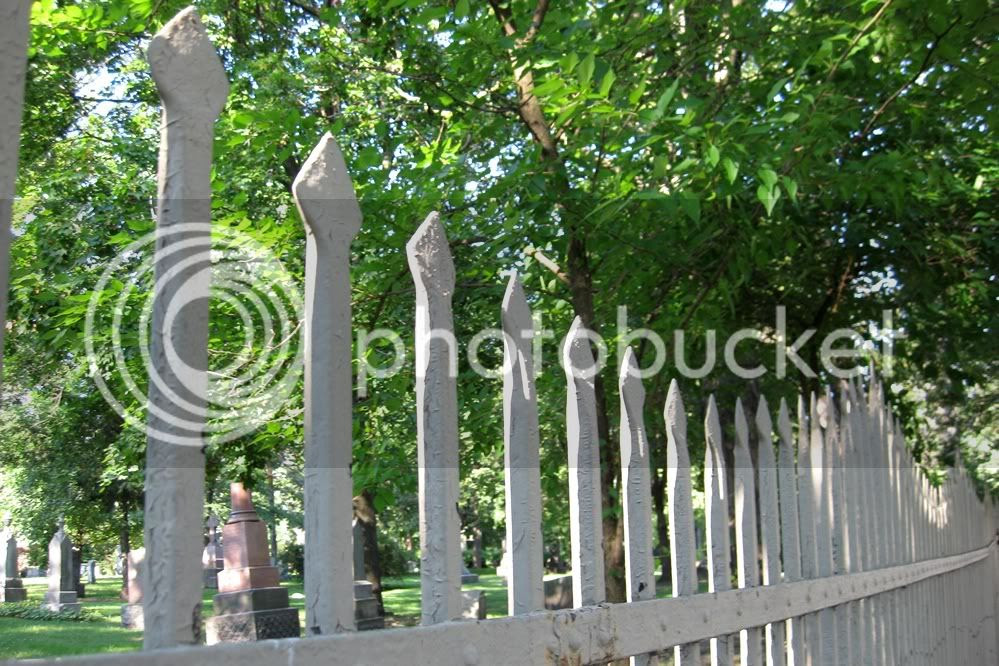 To the southeast of Glen Road lies the Toronto Necropolis, one of the city's oldest cemeteries. The ground was broken and the first body buried in the Necropolis in 1850. Notable Torontonians are interred on the grounds, including William Lyon Mackenize, Toronto’s first mayor, and George Brown, founder of The Globe. Of course, Mackenzie’s ghost walks the streets of downtown Toronto, so what’s to stop him from visiting his gravestone?
The Necropolis is also home to Toronto’s first crematorium, opened and operating in 1933. Wander along the meandering paths, but watch out for ghostly apparitions (and their low-lying gravestones)!
The Old Don Jail 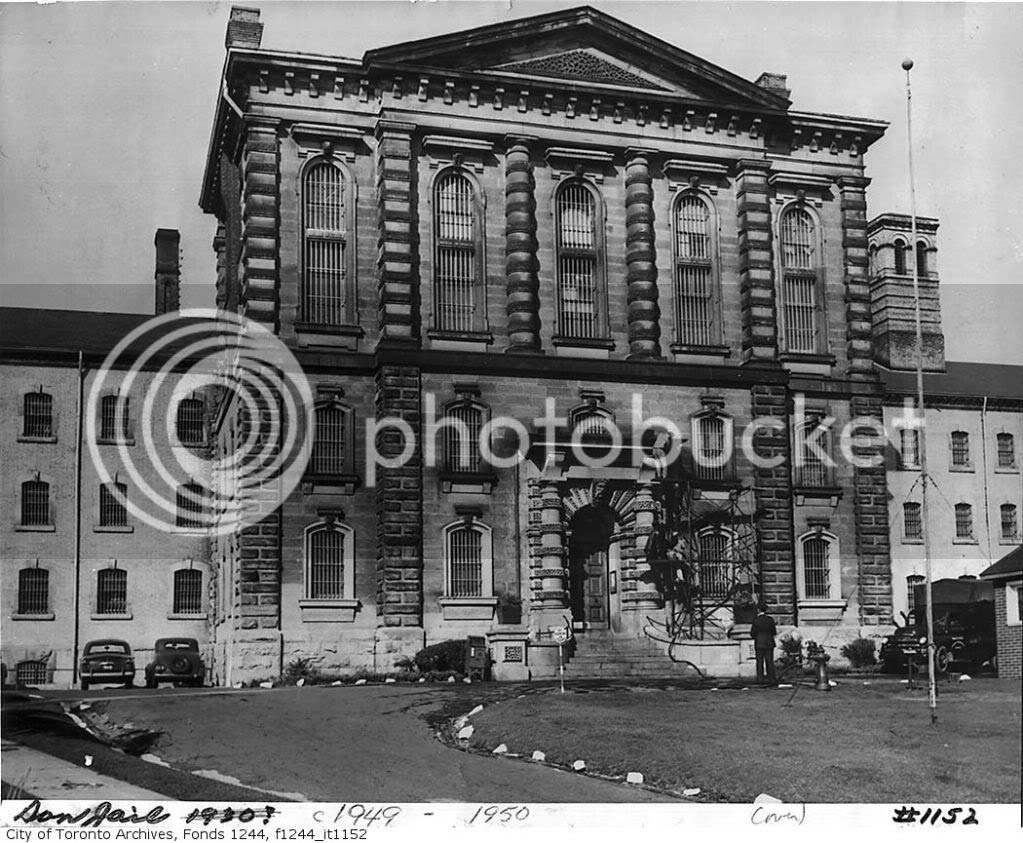 Formerly home to the murderous and the infamous, the old Don Jail is a frightful sight. Constructed in the early 1860s, it housed and hanged rapists, killers, arsonists, and other seedy characters spewing from Toronto’s criminal underbelly. As you walk up to the Don Jail’s imposing façade, take a look at the bearded face above the doorway – he’s looking back!

The old portion of the jail has been closed since 1977 and is currently being redeveloped by Bridgeport Health (the adjoining building is still in operation). In 2007 an archeological crew discovered a graveyard in the north side of the jail, and unearthed three skeletons - all hung prisoners of the Old Don. Perhaps a ghost or two has been disturbed? In all, 34 convicted criminals were hung at the scaffold of the Don Jail, among them the notorious George Bennett.
Remember George Brown, resting in (or haunting) the Toronto Necropolis? George Bennett is his murderer. A disgruntled ex-employee, Bennett shot Brown in the leg at the Globe offices in March 1880. The wound developed gangrene and Brown was dead and buried 7 weeks later. 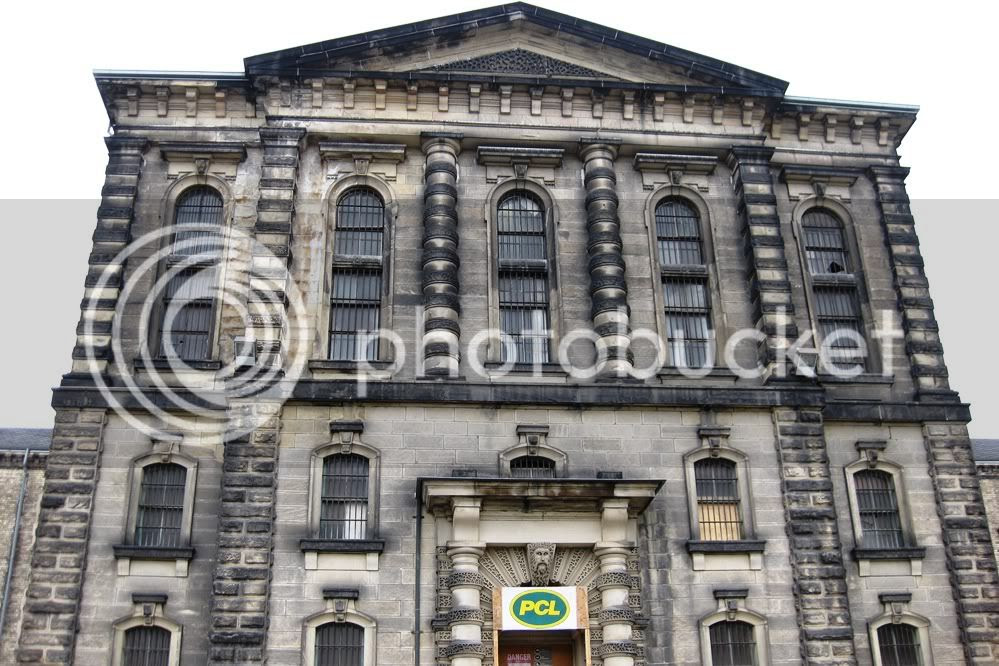 Check back in the coming days for hauntings on the University of Toronto St. George campus, and the downtown core!
Posted by ApricotTarts at 5:22 PM No comments:

ApricotTarts
Hi everyone! I'm a university student, jewelry-maker, crafter and baker. I hope Apricot Tarts will give you a spark of inspiration in all your crafting endeavors!